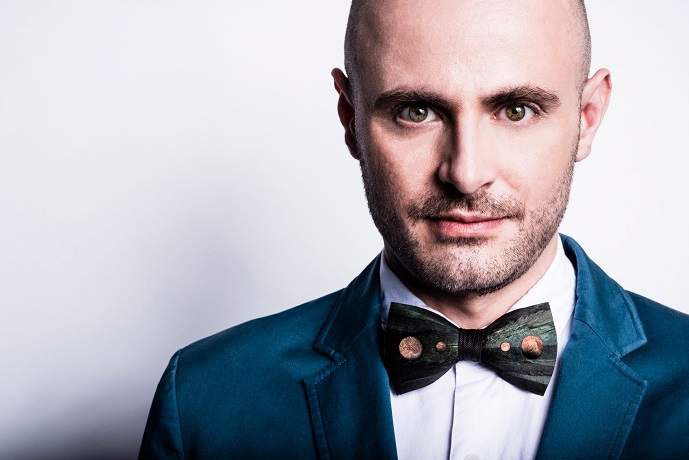 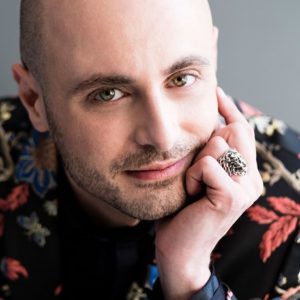 Nicholas Tamagna meteoric rise in recent years has made him one of the world’s most fascinating alto voices. Highlights of the last few seasons were undoubtedly his interpretation of Ermano in the award-winning CD recording of Gismondo, re di Polonia (Leonardo Vinci) on the Parnassus label and its extensive concert tour, his MET debut in March 2020 as Narciso in Handel’s Agrippina at the side of Joyce DiDonato, Harry Bicket, Kate Lindsey and Brenda Rae as well as the worldwide cinema broadcast of the performance and his spectacular interpretation of the Handel roles Ruggiero in Alcina and Silvio in Il Pastor Fido at the Handel Festival in Halle.

In the 2020/2021 season some outstanding projects include the role of Disinganno in a new production of Il Trionfo del Tempo e del Disinganno at the Hanover State Opera (house debut), Hasse’s Cajo Fabrizio at the Theater an der Wien, where the artist will perform the role of Turrio, the Refugee in a new production of The Flight at the Staatstheater Oldenburg, and Ruggiero in a touring production of Handel’s Alcina. In 2017/18, Nicholas Tamagna appeared in a co-production with the Reisopera (in Enschede, Holland) and the Staatstheater Oldenburg (Germany), in the title role of Hasse’s Siroe, Re di Persia. At the Musikfestspiele Potsdam, Germany he also sang the role of Amore in L’Europa by Alessandro Melani at the Palace Sanssouci.

He also reprised his role in To Be or Not to Be (a Purcell/Shakespeare Pastiche) at the Philharmonie de Paris with French early music ensemble Le Poème Harmonique. Last season he made his Spoleto Festival USA debut as Pompeo in Vivaldi’s Il Farnace. At Opera Omaha, he performed as The Refugee in the company premiere of Jonathan Dove’s Flight. The 2015/16 season saw his Australian debut in a reprisal of the title role of Philip Glass’ Akhnaten with the Melbourne Consort, and sang the alto solo in Vivaldi’s Stabat Mater in a dance co-production with Malandain Ballet Biarritz and Opéra de Rouen (France). He made his Carnegie Hall debut as a soloist with Cecilia Chorus, where he sang Bach’s Magnificat and the World Premiere of Jonathan Breit’s Der Zippelfagottist as the title character. At Merkin Hall, he sang Goffredo in Rinaldo with operamission, and with One World Symphony he performed the title role in Sung Jin Hong’s Hannibal. He joined le Poème Harmonique on tour as the Spirit in Dido and Aeneas at Opéra de Haute-Normandie Rouen, Opéra Royal de Versailles, and Opéra de Vichy between 2014-2016.

In 2014/15, he returned to the Händel-Festspiele in Karlsruhe, Germany as Oronte in Händel’s Riccardo Primo, where he made his European debut the previous year. He joined the ensemble of Theater Münster as a guest in the role of Polinesso in Händel’s Ariodante and débuted at the Royal Opera House at Covent Garden as Hassan in Zaid Jabri’s Cities of Salt. During the 2012/13 season, Nicholas Tamagna triumphed as Akhnaten with Indianapolis Opera, from which a filmed version was broadcast. Other role highlights of previous seasons include: the title role in the North American premiere of Händel’s Rodrigo (operamission), Endimione in Cavalli’s La Calisto (Vertical Repertory Players), Cesare in Händel’s Giulio Cesare in Egitto (Bel Cantanti Opera), Farnace in Mozart’s Mitridate, Re di Ponto (Little Opera Theatre of New York), the Duchess in Gilbert and Sullivan’s The Gondoliers (Utopia Opera), Prince Orlofsky in Strauss’s Die Fledermaus (Amore Opera), Gluck’s Orfeo ed Euridice (Opera Memphis), and Ruggiero in Händel’s Alcina (Pocket Opera of New York). Nicholas is on the DVD recording of Akhnaten singing the title role (Orange Mountain Music), the Spirit in Dido and Aeneas (2015, Outhère Music) and with the Canadian early music ensemble ¡Sacabuche! seen in performances of unpublished works of the Italian Baroque (ATMA Classique). As an active concert soloist, he has sung in prestigious venues such as Carnegie Hall, Merkin Hall, Avery Fischer Hall, the Moscow Philharmonic and the Bozar in Brussels. Mr. Tamagna was the first winner of the first Nico Castel International Mastersinger competition. In 2011 he won the 2nd jury prize in the Arkadi Foundation’s opera competition. Nicholas Tamagna sings opera roles and concerts with well-known conductors such as George Petrou, Harry Bicket, Paul Goodwin, Vincent Dumestre, Jory Vinikour, and David Bates. Nicholas Tamagna has many exciting projects planned for the coming years including CD recording, opera and concert tour projects. Nicholas will play the role of Tolomeo in Handel’s Giulio Cesare at the Handel Festival in Göttingen and at the Reisoper, Disinganno at the Staatstheater Hannover, the role of Nicefero in Hasse’s Irene at the Bayreuth Baroque Opera Festival, Ruggiero in Vivaldi’s Orlando Furioso in the 2021/22 season in Paris and Dortmund and will present his solo program Die Liebe und der Wahnsinn in the Schloßtheater Celle for the first time in June 2022.